SEWN IN THE CITY’S FABRIC

Every aspect of the Sundy Village development project was designed to mesh perfectly with the tight-knit community of Delray Beach. The project embraces the history, lifestyle, and aesthetics of the area, seamlessly integrating it with the city’s existing rich tapestry.

The original site plan from the previous developer was fully approved by the City of Delray Beach when Pebb Capital acquired the property in 2019.

However, Pebb invested additional funds, over more than a year, to fix flaws and inconsistencies in the approved plan while addressing concerns from the community in regard to the site’s historical components. Pebb Capital worked to resolve functional issues and update the aesthetics to align with the city’s historical architecture.

The name of the project was changed from Midtown Delray to Sundy Village in honor of the Sundy House on site and the village of historic structures along Swinton Avenue.

The new architectural plans have been improved to replicate the look of the historic Cathcart House.

We are proud to be members and partners of these and other civic organizations. 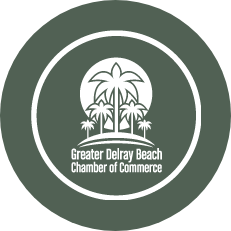 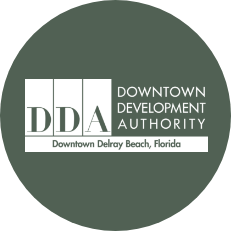 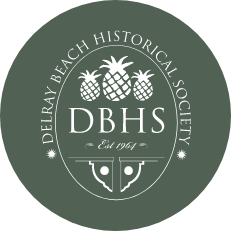 Committed to preserving the rich history of Delray Beach

A collective effort to improve our environment for people and nature

Answers to Your Questions

We are thrilled to see the interest from the community in Sundy Village. Here are answers to frequently asked questions we’ve received.

When will construction on Sundy Village begin?

How long will construction last?

What will happen to the historic homes on the site?

The original site plans called for the structures to be temporarily moved and stored offsite for more than a year during construction. Pebb Capital was concerned that, by doing so, it would cause potential damage to the homes. The revised site plan now requires the structures to be moved only once, while two of the homes, including the Cathcart House will not be moved at all. All structures will remain on-site and be carefully protected throughout the development process. The structures will sit on permanent foundations rather than on top of the garage. All homes will be restored and finished to the highest standards for sustainability.

Why is the development called Sundy Village?

The project was originally named “Midtown Delray,” by its previous owner, but we felt that the name did not sufficiently represent the property’s historic significance; thus, it was changed, along with various components of the original site plan. It is now named after Sundy House, one of Delray Beach’s oldest structures, which was built in 1902 by the city’s first Mayor, John Sundy. Sundy House sits adjacent to the property, and once served as Delray’s first bank, church, and schoolhouse.

What happened to all the trees on the site?

Certain trees needed to be cleared from the site to allow for the development and the historic homes to safely exist. To offset this environmental impact, Pebb Capital partnered with local non-profit Community Greening on an initiative to relocate and plant 217 new trees in local areas that need it most. New trees and additional greenery will also be planted at Sundy Village during the landscaping phase. Pebb Capital has now provided more canopy for Delray than it had before and healthier trees for the city.

Why is the development of Sundy Village taking so long?

Pebb Capital purchased the property in November 2019 and initiated its own research to determine which parts of the original plans (approved in 2018) were viable. Since the project is of great importance to Pebb Capital, the plans were revised, which required new approvals from the City. The COVID-19 pandemic slowed this process, resulting in an extended development timeline. However, we are back in front of the city with our amended plans and hope to have approvals by this Summer.

What is happening with the adjoining land parcels?

The Sundy Village site plan incorporates a subterranean parking garage with an additional 269 parking spaces. Loading zones will be situated on SW 1st Avenue to avoid congestion on Atlantic Avenue.

What businesses will be at Sundy Village?

We are still finalizing leases with new commercial tenants. Finalized tenants will be announced later in the development process.

Will Sundy House be moved during development?

We will not move Sundy House. However, it too will be improved and renovated with extreme care like the rest of the historic homes.

We welcome your feedback, comments, and inquiries. Please fill out and submit the form, and we will respond as soon as possible.